The Lincoln County Sheriff’s Civil Division is in charge of all civil and criminal process, Distress Warrants, County and District Court security, Arrest Warrants, DARE and a number of community service programs.

Civil papers processed by the Civil Division are as follows: 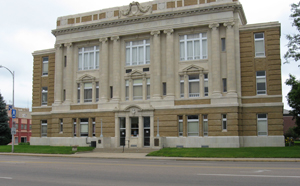 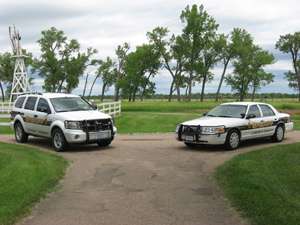 The Patrol Division is staffed with 16 full time professional Deputies and is responsible for the handling of all public calls for service including assistance calls, criminal investigations, traffic code enforcement, accident investigations, and local village ordinance enforcement.

The Reserve Division is made up of community paid volunteers who are interested in participating in limited duties of a Deputy Sheriff. Before acceptance, these volunteers undergo an extensive background investigation that equals that of a Deputy Sheriff. They receive extensive training by Field Training Officers and are then sent to two weekends of training at the Nebraska Law Enforcement Academy.

Reserve Deputies are charged with supporting the work of full time Deputies and primarily assist the Civil Process Division.  Recently three new Reserve Deputies were added to our staff, all are certified Deputies who retired from the North Platte Police Department.

Reserve Deputies are required to work 8 hours per month, but not allowed to work more than 100 hours per year. They are paid $1.00 per year for their service to Lincoln County.

A number of inmate services are provided to all inmates that include legal, medical, psychological, commissary and visitation.