Local Dispatcher up for National Award!! 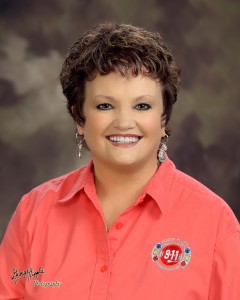 Over the past several weeks, colleagues and citizens have nominated 9-1-1 call-takers and dispatchers (telecommunicators) across the United States. The annual awards program, now in its’ 5th year, has received hundreds of nominations nationwide, and today finalists were announced to kick off an online public vote to determine winners.

Connie has 26 years of service with the North Platte Police Department, serving 12 years as a Clerk/Dispatcher and 14 years as a Clerk/Dispatcher II. Connie was past president of the Nebraska Emergency Services Communications Association (NESCA). In 2011 Connie received the NESCA Jud Reed Memorial Award recognizing her outstanding service to others through training, good judgment and devotion to the communications field. Connie has been appointed to the NESCA Training Committee for several years, developing training curriculum for public safety communicators. She is also a guest instructor at the Nebraska Law Enforcement Training Center twice each year for the basic dispatcher and emergency medical dispatcher training courses. Connie serves as a Communications Training Officer for the North Platte Police Department, training new employees and keeping the program up-to-date.

Connie helps foster a good working environment. She has a positive attitude and is very supportive of her employees and coworkers. Connie leads by example and is insistent that she gets involved in the day-to-day activities of a dispatcher while fulfilling her supervisory responsibilities. She takes pride in her work and the operation of the 911 Center. Connie sets a good example and should be an inspiration to her coworkers.

The public can now review the finalist submissions and vote online at www.smart911.com/sta through April 1, 2016 at 5:00 pm EDT.

Related Posts
Four Subjects Arrested for Theft
On November 20, 2017a Deputy was asked to respond to a new home construction site…
Deputies Recover a Body in the Canal
On June 8, 2020, at 11:07 a.m., the 911 Center received a call of a…
Detention Center Food Service Opening
CBM Managed Services is now hiring a Food Service Director and line cooks at the…