Two Arrested for Theft and Burglary 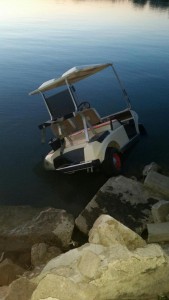 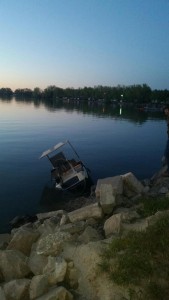 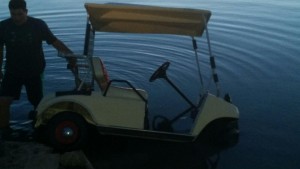 During the evening hours of May 4, 2016 Deputies were asked to respond to Lake Maloney on the report of a Golf Cart partially submerged on the east side of the lake. Deputies met with the owner and were advised the cart was stolen from his campsite sometime after May 2, 2016. The cart was removed from the water and the owner indicated it was severally damaged by the stay in the water.

On the morning of May 5, 2016 another local camper reported that his Golf Cart had been stolen. Deputies responded and with the help of the victim located the cart hidden in some trees. Deputies continued to investigate through citizen assistance and physical evidence; two suspects were located at the lake.

Suspects are from North Platte, NE., one was identified as eighteen year old Colton Hunt and the other was identified as seventeen year old Elliot Weigel. Deputies issued both citations for: Felony Theft, Felony Criminal Mischief and Trespassing. They were released to a responsible party.
Later in the day a back pack belonging to Mr. Weigel was located near the location of the thefts. The back pack contained property stolen from a camper in the same area. Mr. Weigel was again contacted and arrested for Burglary. Mr. Weigel was incarcerated in the Lincoln County Detention Center. The investigation continues.