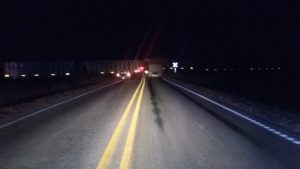 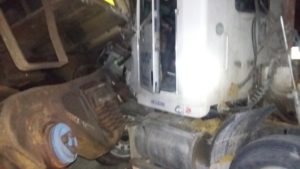 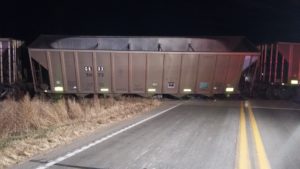 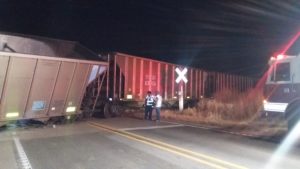 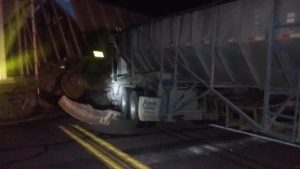 On October 22, 2018 Deputies were called to mile marker 50 (just east of Wallace, NE) on State Highway 23 for an injury accident. It was reported a semi-tractor trailer struck a train. Deputies arrived on the scene and found a semi driven by forty-eight year old Daniel Rollenhagen of Wallace was westbound on Highway 23. The driver approached the railroad crossing and observed a train sitting on the tracks, completely blocking the roadway. The driver attempted to stop but could not avoid the collision with the train. This particular crossing does not have flashing lights or crossing arms.

At least two empty grain cars were pushed off the tracks and blocked the Highway for most of the night. The Nebraska Department of Roads responded to assist until the damaged cars could be removed. Mr. Rollenhagen was wearing his seatbelt but suffered what appeared to be non-life threatening injuries; he was transported to Great Plains Health in North Platte, NE. Drugs and alcohol were not suspected to be the cause of the accident. The investigation continues.

Related Posts
North Platte Man Arrested for Kidnapping
On July 31, 2022 at 9:35 p.m. the Lincoln County 911 Center received a report…
Four Subjects Arrested for Theft
On November 20, 2017a Deputy was asked to respond to a new home construction site…
Job Opening Office Clerk
The Lincoln County Sheriff’s Office is taking applications for the position of Office Clerk. This…