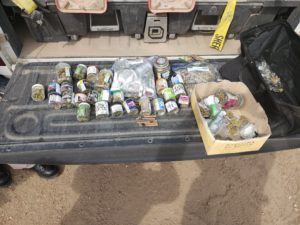 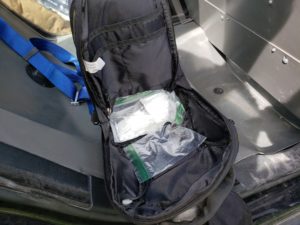 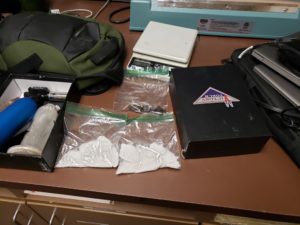 On September 13, 2021 at 2:10 p.m., a Deputy on patrol attempted to stop a reckless driver near mile marker 97 on U.S. Highway 83 (about 10 miles north of North Platte, NE.) The vehicle refused to stop for the Deputy and a pursuit began. The offending vehicle reached speeds over 100 miles per hour as it traveled north on U.S. Highway 83 almost causing several high-speed collisions.

Eventually the vehicle turned onto rural County Roads and the Deputy pursued it into Logan County. Along the way the driver threw out at least two bags of property. The Deputy did get the vehicle to stop west of Stapleton, NE. on a county road and she took the lone driver into custody. The driver was identified as Logan County resident and career criminal thirty-six year old Joseph Duran.

During the pursuit, it was discovered Mr. Duran had contacted a female in the area to pick up one of the bags, which had been discarded during the pursuit. The female was stopped by Nebraska State Patrol and the Logan County Sheriff and identified as Mr. Duran’s wife thirty-six year old Alissa Duran. A search of the bag revealed almost a pound of suspected dispensary Marijuana. A Nebraska State Patrol Trooper recovered another bag that contained at least four ounces of suspected Methamphetamine.

Information from this incident was used by the Logan County Sheriff’s Office to complete a search warrant of Mr. & Mrs. Duran’s residence. The search would provide approximately ten pounds of suspected marijuana, a homemade pipe bomb, multiple firearms, a stolen ATV from Washington State and suspected THC products.